This post is about making an adapter to be able to use the ISO30/NT30/BT30 milling tools that I own on my lathe.

That is kind of a long header but that is what tis is all about, being able to use the same tools on multiple machines.

I will skip images of the stage of turning the lathe spindle interface since that may differ from machine to machine I will however describe my method for doing that for and on a Emco maximat 11 lathe in a future post (It might already been posted when you red this).

The ISO30 adapter for my Emco Maximat 11 in its half way state. 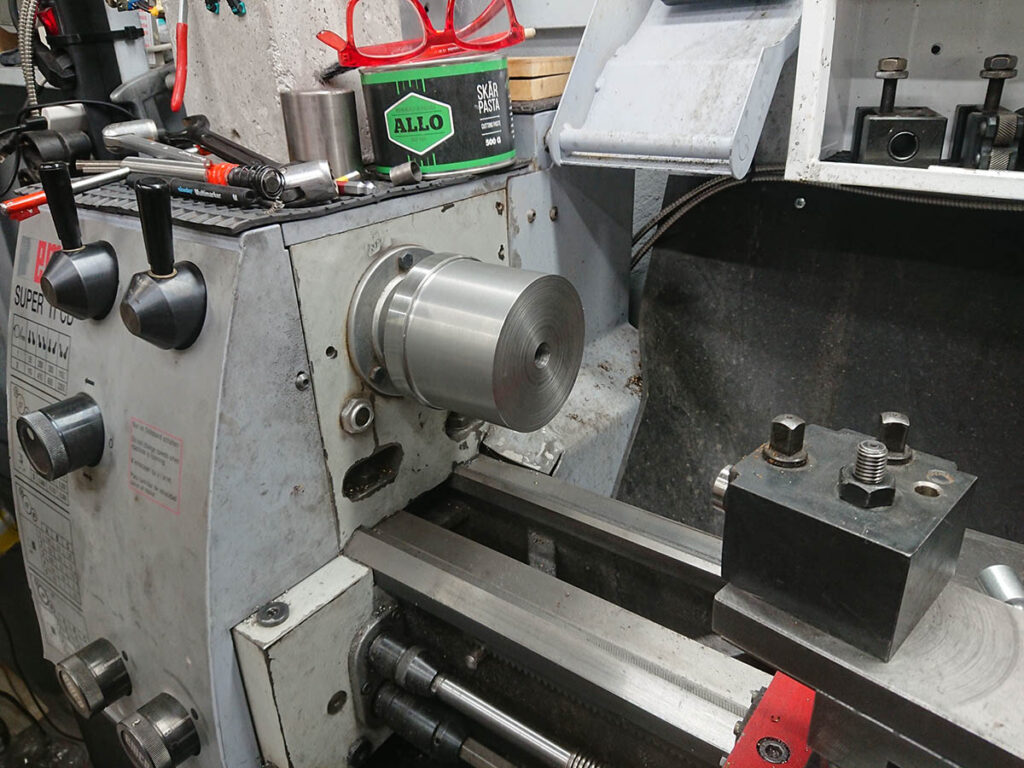 This is how it looks after that the first steps has been taken, cutting the short taper and drilling/tapping the 3xM10 bolts to gat as close as manually possible to comply to the DIN 55021 Size 3 nose standards.
This can be kind of changeling and you may like to find your own method of doing this since there are some different ways of doing it. However this is what you should aim for (Pic below). 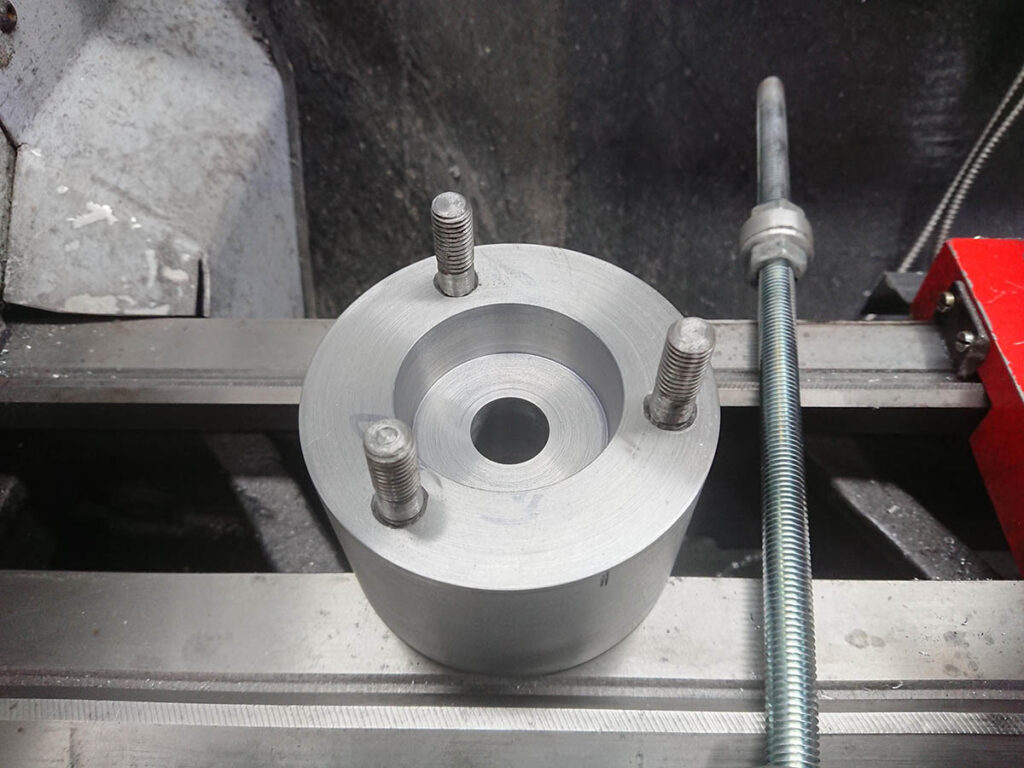 The spindle nose interface looks like this when done, not really mirror finish but it is smooth enough to work flawless (Ignore the way I placed the parts on the ways I know I shouldn’t but it was done with care and just for the pictures).  Also in the picture the drawbar with the aluminum guide bushings fore the 26mm bore of my lathe the drawbar is a standard M12 threaded rod. 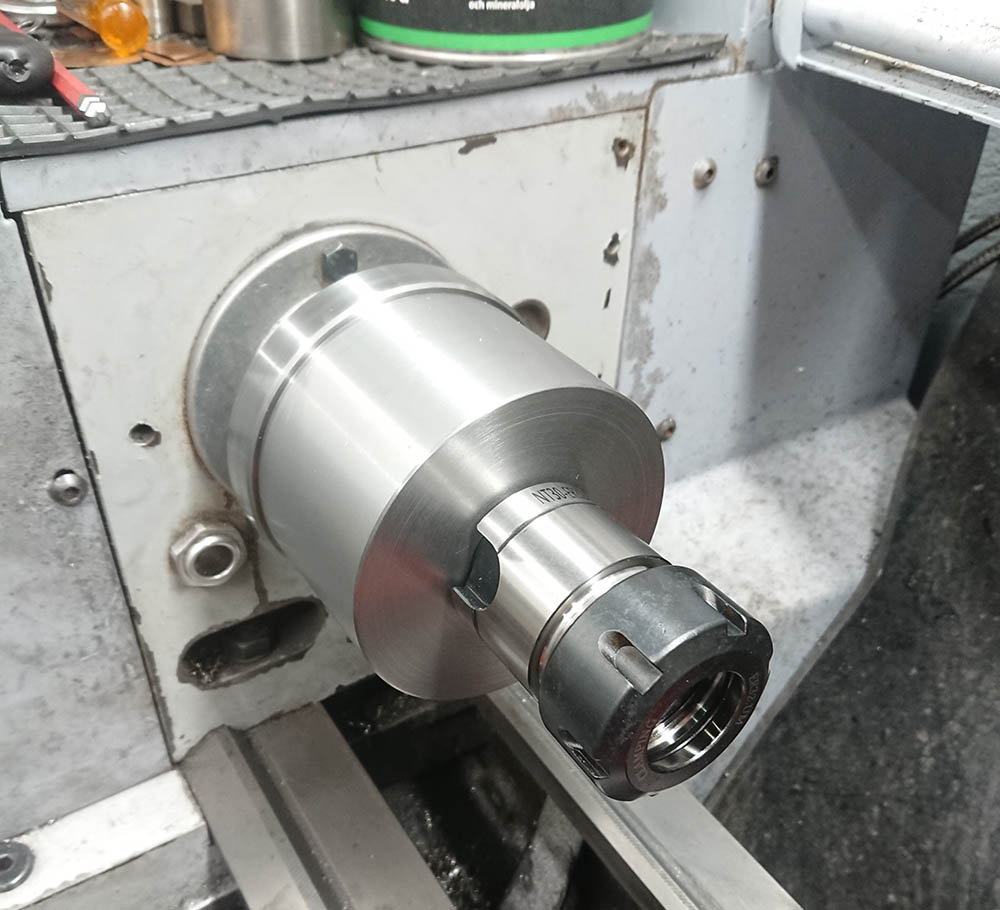 Mounted on the spindle nose I simply cleaned up the chunk of steel with some passes to make the front face flat and circumference round and centered then I started to cut the 30 taper.
Turning of the 30 taper is done in the same way as the short taper and this is how it looks when done.
The main goal with this project was not to be able to use milling tools in the lathe as you might think.
The actual reason I started this mini project was to make a chuck to be able to turn custom tools for my mill from either using 30 taper blanks or modifying various cheap 30 taper tool holders available from many different internet sources.